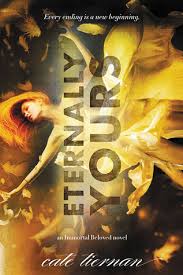 Immortality, meet harsh reality. Both of you, this is Nastasya. I have a feeling there will be some conflicts between the three of you.

With her party life seemingly behind her, 459 year old Nasty find herself back at River’s Edge, aka rehab for immortals.

(Okay, I’m boring myself to tears with the yadda yadda summery. You don’t really give a crap, so let’s just cut to the chase, shall we? ~Lexibex)

Nastasya is yet another example of smart ass done right. The world needs more of that and less of the rainbows and thunderstorms that makes characters seem all fake-like. Yeah, hello, there is more than just two types of people out there… I have never met someone that is either super perky or mega depressed 24/7. Nastasya shows us both sides of the mood coin with her witty remarks, understandable frustrations, and occasionally flirtatious attitude towards a particularly yummy former Viking.

Aside from how fantabulous I think Nastasya is, there is this wicked awesome battle scene near the end. I won’t give away any spoilers, but I was sitting there thinking OMG and DIE DIE DIE EVIL DUDE!!! while reading it.

It is pretty much impossible to put into words how I felt after the last page this looks awful close to summing it up:

Liked Eternally Yours? You might also enjoy…
Hex Hall by Rachel Hawkins
Evermore by Alyson Noel
Need by Carrie Jones